Hey everyone! Posting on a Wednesday just like I promised.

I know it’s been a while since I’ve really written about fashion or modesty and I apologize for that but I’m excited to share a new take on Theology of the Body that really opened my eyes to the importance of modesty and why it is so much more focused for men. There was nothing that upset me more in high school modesty talks than hearing that we had to ‘protect our brothers’ and, honestly, there is still a part of me that hates that response but now it’s because there is so much more that it is injustice that women are not presented with other arguments.

Last week I heard a talk from Fr. Scalia, the son of Justice Scalia, on how to go about we should go about relationships in a world full of imperfect love. It was absolutely fascinating and easily one of the best talks I’ve heard in a while. He focused on Genesis in a way that I have never really heard of before and expanded upon John Paull II’s Theology of the Body in a truly unique way.

What really stood out to me was when he started talking about the difference in the creation of man and women. He jokingly said men were literally created from the slim of the earth and yet women came from another human being. In some way, women were created from a higher meaning and as a result, our bodies communicate a higher dignity. When he first said this I was completely taken aback. Like a higher dignity… I don’t know if I like the sound of that. But when he explained it, it made a little more sense. Because we were created from another person we now have the ability to bring further life into this world. The gift of being created from another human is one of our greatest gifts of fertility. Our bodies have the ability to bring life into this world and participate in creation in a way that men cannot and that is why our bodies communicate a higher dignity – it is not that we have more dignity than men but our bodies express it in a different way.

And this very fact is why modesty is so much more important for women than for men. Our bodies are more sacred. In the tradition of the Catholic Church one veils, what is most holy. For example, we veil the tabernacles in church because it is the holiest thing in the church. This is how we need to be viewing modesty. Our bodies have the ability to come in contact with the divine in a way that a man’s body does not, and even for the women who struggle with fertility, we must recognize that we have a fruitfulness that sets us apart. 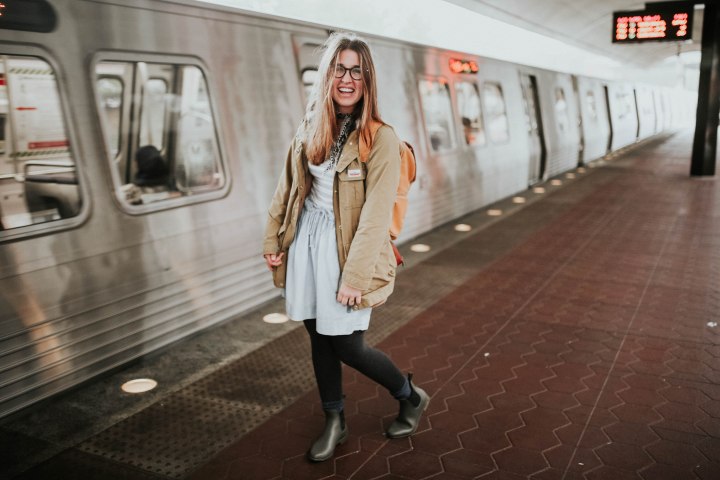 We have allowed modesty to become this shaming thing when in reality it is there to glorify us. We can’t allow this world to continue telling us the lie that modesty is for crazy Christians or people who aren’t stylish or “normal.” Modesty exists for our glorification as a result of our fallen hearts. Fr. Scalia was saying that one of the worst things that happened because of the fall was that men, who were made to till, keep, and protect, began to objectify women as a result of being so mission-oriented and for women, we began to disrespect our own bodies. Those things paired together pose a great threat to upholding the dignity and beauty that is the feminine body and modesty is one way to help protect that dignity.

In some ways is modesty there to protect the hearts of men, and is that a valid argument, absolutely, but we must remember that first and foremost our bodies were made in the image and likeness of God to glorify Him. Our bodies are a gift, a temple, to be respected and to participate in creation. We must veil what is sacred and respect what is good.

Respect your bodies! Take care of them. Eat healthily and exercise because they are a sacred gift. We must recognize the dignity we hold as women and place our identity in Christ and if we do then men will see that and feel called to respect us and treat us in the way we deserve to be treated.

Fashion Blogger dedicated to changing the narrative of our modesty to one of dignity, beauty, and self-love through the eyes of our Father